Just 10 days to the presidential election, the U. S. Ambassador to Nigeria, Mr. Stuart Symington, has appealed to Nigerians to take part in the general elections and ensure their votes count.

Symington stated on his Twitter handle on Tuesday that Nigerians should work together.

“It is absolutely important for the citizens of Nigeria to personally take part in the elections beginning right now by making sure they know what their rights are.

“It is very important that you work together to ensure your votes count”.

Symington further stated that the US expects a free, credible, transparent and peaceful exercise. 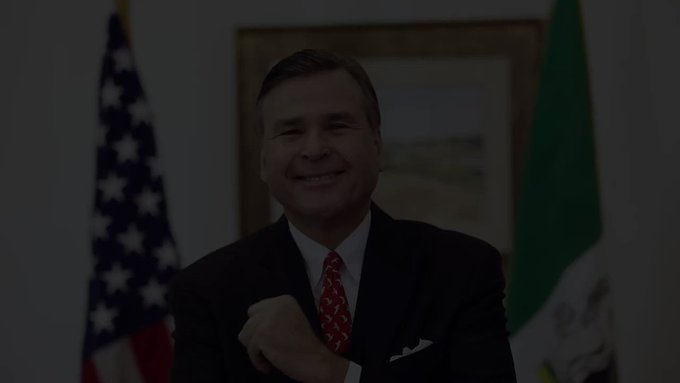 #NigeriaDecides2019: We look forward to witnessing an electoral process that is transparent, credible, free, fair, and peaceful. Election that reflects the true will of the Nigerian people

He asked Nigerians to use the elections as an opportunity to express their civil right.

“As we get ready for your elections, one of the most important things is that there is level playing field, meaning that no officials, no security forces, no electoral officials, no politicians seek to influence you in a way that is not consistent with Nigerian law.

He explained that the elections are only one part of the democratic process but what is important is the final days of the elections.

“Elections are only one part of the democratic process. The words and the actions that happen in these final days and all the work of government afterwards, are as important to democracy as the elections themselves”.

He advised politicians and those working for the government to remember that it is their individual responsibility to act consistently with the laws.

He called on Nigerians to always have three things in mind while casting their votes for the candidates of their choice.

Mr Symington wished Nigerians a successful election adding that he was optimistic that this year’s election would be better than previous ones.

The United Kingdom retweeted the U.S Misssion Nigeria’s message and agreed with U.S on the expectation of Nigerians in the elections.

UK in Nigeria @UKinNigeria said: “The UK stands alongside @USEmbassyAbuja and @EUinNigeria in supporting a free, fair, credible, transparent and peaceful election process.’’

The UK stands alongside @USEmbassyAbuja and @EUinNigeria in supporting a free, fair, credible, transparent and peaceful election process. #NigeriaDecides2019

#NigeriaDecides2019: We look forward to witnessing an electoral process that is transparent, credible, free, fair, and peaceful. Election that reflects the true will of the Nigerian people

PDP will return smile to faces of Nigerians — Obi